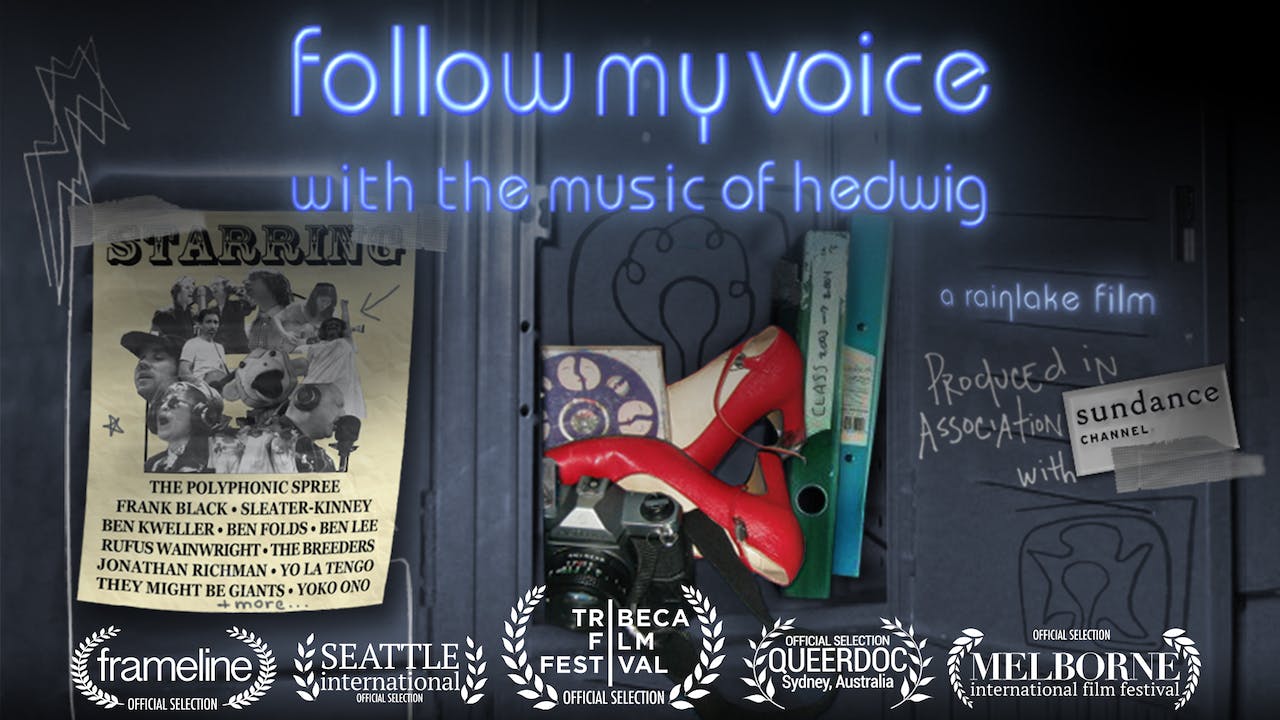 One record producer, the creators of Hedwig and the Angry Inch and top indie rock artists come together to create a tribute album benefiting the Hetrick-Martin Institute, home of Harvey Milk High School, the first accredited school in the country for LGBTQ youth. Follow My Voice: With the Music of Hedwig weaves the compelling, courageous stories of four students at this controversial school with a unique chronicle of the yearlong creation of Wig in a Box, the album whose songs poignantly echo these teens struggles and aspirations. Through a dramatic and vibrant combination of verité documentation, student video diaries, and rare in-studio scenes of artists recording tracks, Follow My Voice: With the Music of Hedwig offers a powerful look at this unique intersection of youth, gender and rock.