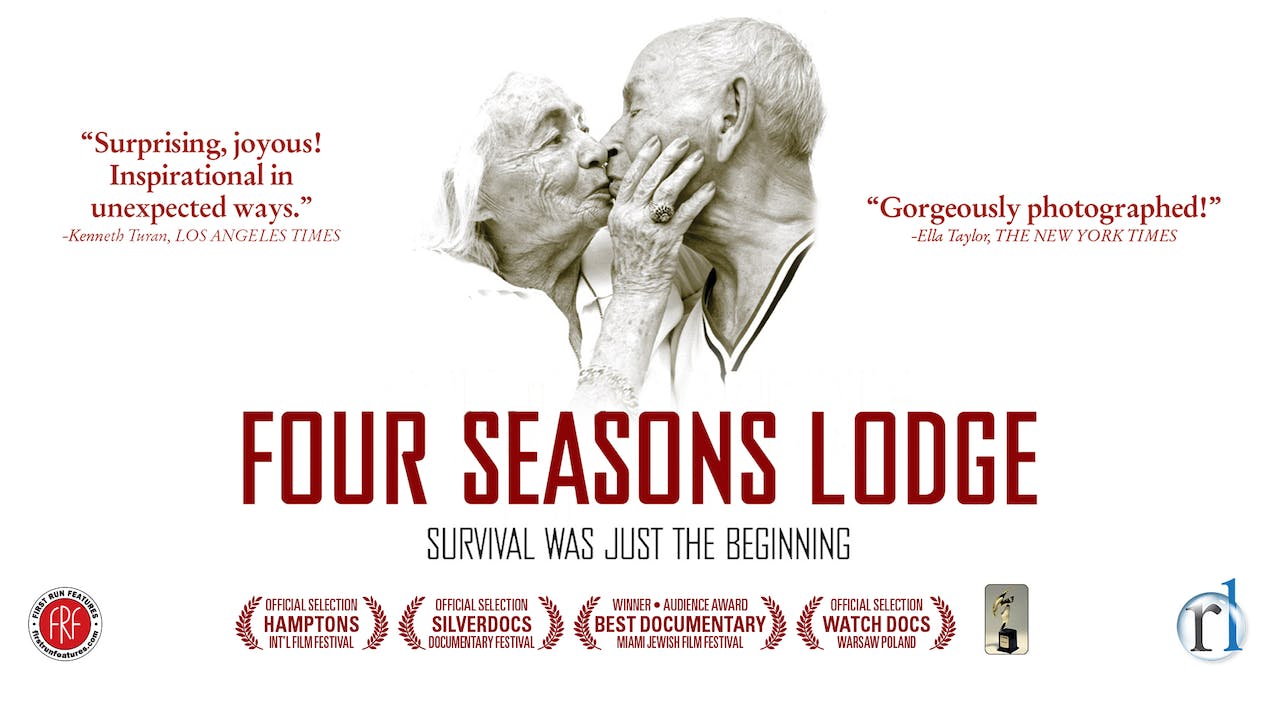 Haunted by the past but driven by an unquenchable passion for living, an aging group of Holocaust survivors gathers each summer at an idyllic hideaway in the Catskills, where they savor tightly bonded friendships, find new love and celebrate their survival. Directed by New York Times journalist Andrew Jacobs, and beautifully filmed by a team of cinematographers led by the legendary documentary pioneer Albert Maysles (Gimme Shelter, Grey Gardens), Four Seasons Lodge is an inspiring and surprisingly funny film that captures what may be the last summer together for this remarkable group of survivors as the fate of their beloved bungalow colony hangs in the balance.

The film premiered theatrically at New York’s IFC Center and played at more than a hundred venues across the U.S. and Canada including the Quad Cinemas and Symphony Space in New York, Coolidge Corner in Boston, the Laemmle Cinemas in Los Angeles, The Gene Siskel Film Center in Chicago, Cleveland Museum of Art, Jacob Burns Film Center, Salt Lake City Film Center, Houston Museum of Fine Arts, the Museum of Jewish Heritage in New York, and many others. It was released on DVD and on digital platforms, including iTunes and Netflix, and was broadcast on PBS stations.